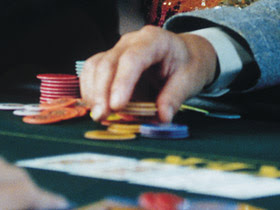 You wait for moments like these. As my daughter says about a lesser mortal in her school, "He is my arch-nemesis." For the moment at least. I've dreamed of him. I so very rarely remember dreams, and yet I remembered the one with him it. The one where I ridiculed his name to enable me to make fun of his...(I forget. Is this a family-friendly blog or what?) [Yes, in general, we speak in euphemisms rather than come right out and say most things. Exceptions have been made, for creativity's sake.]
And my cell phone rings, and I think it's someone else, and I cheerily, nay, cheekily say, "Hel-lo." But it's that man's voice. The voice of the 70-year-old man. And, as happenstance would have it, I've just dropped Ryan off at guitar. Hurray! I can speak freely. Were it not for the fact that Ryan's newest friend and Luke are in the back seat. We are on our way to drop NF off after a playdate.
So I know who it is right away. And he's so cordial, nay, friendly even. "Oh, we never got the chance to even meet." Mofo. [I need to come up with a good reason to call someone a "mofo." I don't mean the real reason. I mean a fake reason that I can provide the kids. I'll get back to you on that.] I couldn't be anything but distant, abrupt, and direct. I couldn't say any of the things I fantasized about saying. It was killing me.
But there, in the back seat, listening to me chat to some man-who-shall-be-smote, if God actually smote those we asked Him to smite, were Ryan's NF and Luke. It was not to happen. And it's so incredibly unlikely that I'll get the chance again. Dang. Double-dog dang.
There are reasons things happen the way they do. I guess I believe that most of the time. Perhaps I wouldn't really have taken the chance to tell him off if I had been alone in the car. In that case, it's likely I'd be beating myself up for being such a weak, weak person. Instead, I had the boys in the car with me, my very own excuse card. I'll see you that and raise you a nickel.
at February 08, 2007