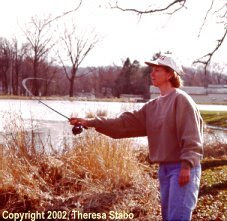 [Here’s hoping you didn’t read this as Casting Call for “Friends” because that’s not what I meant at all.]
The subject of friends has arisen several times in the last two days. It’s rearing its head so often that I feel compelled to write about it. There must be some reason that several different people – unsolicited, really – made a reference to making friends, having friends, casual friends, etc. [For the record, when I hear multiple references to some topics – say, bodily functions – I don’t feel compelled to dwell on it. It’s certainly just my kids making small talk.]
There’s a woman at school who mentioned that we have a friend in common. The one she referred to – we’ll call her H – is actually the wife of a guy I used to work with at The Chronicle. I know H. I’ve met her. I’ve chatted with her a couple of times at company functions. I could pick her out in a line-up. [Not to imply that H has any criminal tendencies!] But she’s not a friend of mine. And it turns out she’s not really a friend of the woman at school. She’s a friend of a friend. Such a casual use of the word “friend.”
I spent quality time with a woman I used to work with. She is a friend of mine. And not in the casual use of the word. At lunch, we talked about the difficulty some people have in making friends or feeling as if they have any friends. She mentioned someone close to her as having that difficulty.
My best friend has been having friendship issues, too. [Not with me. But thanks for worrying about me.] She even blogged about it. She has the same feelings she had when she was in sixth grade. She feels like an outsider. And it breaks my heart.
It breaks my heart that we overuse the word “friend,” overemphasizing our connections and our relationships. It breaks my heart that there are truly wonderful people out there who don’t see what they have going for them. Who are anorexic about their value. They look in the mirror and see someone alone. They put so much stock in having friends.
I’ve never had many friends. I’ve never gone seeking out people with whom to be friends. I have always been more at peace with myself when I’m by myself. That makes me not your ideal candidate as someone you want as your friend. I suck at keeping in touch with friends. I fall in and out of friends’ lives. I’m notorious for that. It’s not something I’m proud of, and I am grateful that it’s a trait that people will overlook in an overextended person.
Part of me wishes that I felt more how these others do. But a much larger part of me is grateful not to have the pain that's so clearly associated with it.
at February 27, 2007

Email ThisBlogThis!Share to TwitterShare to FacebookShare to Pinterest
Labels: friends