Getting Lucky in Vegas 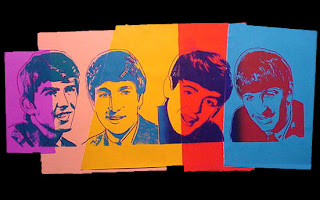 With two-thirds of the kids sick, Pete absolutely having to go to work first thing, and me absolutely having to get the MRI at 7:45, we needed to turn to our friend, Laura for help. She lives down the street from us (across from Crazy Ed). Her son goes to the same school as Sammy and Ryan.
So we hustled the two sick ones -- still in pajamas with socks, shoes and jackets on as well -- and the healthy one down to their house. And off we went after offering much gratitude and hugs and kisses. (The gratitude to Laura. The hugs and kisses to the sick and healthy offspring.)
MRI done. Hooray. [By the way, if you know how to read an MRI, let me know. I've got the film with me but don't have a doctor's appointment until Tuesday. If you're local, maybe you can tell me if I'm going to need surgery. Or, as I deeply fear, it is, in fact, a traveling tumor I have. More on that another time.]
Laura takes the two healthy boys to school, bringing the sickly boy along with her. She leaves Sammy lying on the couch in her living room. (Come on. She's 8.5 years old. I've left her for 20 minutes at a time. If you want to call Child Protective Services on me a la Britney, go ahead. I double-dog dare you.)
I'm waiting in the driveway when Laura and Luke pull up. She gets out of the car saying, "He's so funny." He is, you know. Most people find him amusing. Everyone does really. Except his mother. I find his hilarity being outweighed by my annoyance at his never-to-be-broken spirit. [Another sin of digression. Sorry.]
Laura says, "Do you know what he said? He said, 'I got lucky in Las Vegas.'" Say what? He had told her about getting to see the Beatles. And he did see the Beatles in Vegas. No, not Cirque du Soleil. How much disposable income do you think we have? No, he saw a knock-off group at another casino. They looked like the Beatles. They sounded like the Beatles. In his mind, they were the Beatles. On occasion, he has a hard time explaining how the dead John and the dead George were alive for the performance.
Did I mention we went to Vegas 10 months ago? His life is so boring that he has to talk about events that happened nearly a year ago. Poor kid.
at February 15, 2007