How Did I Find Time to Work? 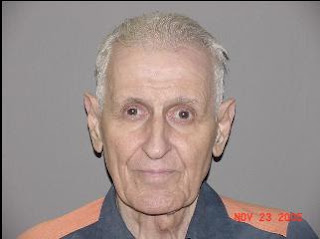 [Sorry to those of you employed in the home and outside the home who are reading this.] Seriously, how did I ever fit work into the equation? Today is a school kid's favorite school day, aside from the last day of school and assuming you're in elementary school. It is Valentine's Day.
We did our part to buy into the consumerism of the moment. We've got Cars themed valentines for Sammy and Luke. And we've got SpongeBob valentines for Ryan. [In searching for pictures to accurately depict the cards Ryan is giving away, which include gummy crabby patties, I came across this article. No, our SpongeBobs were yellow, not black.] Bought weeks ago. Signed and sealed by Sammy two weeks ago. The boys just did theirs -- slackers -- two days ago.
On the agenda today, then? At 8:15 a.m., it's making and dishing out pancakes for the four third grade classes. Much comedy and drama with this coming together. Apparently two of the four classes did this together last year. The other two classes felt left out, so plans were made for all four classes to take part this year. Only no one ever told the room parents. And the teachers never talked about it again. Until a few days ago. Long after the party was planned for Samster's class. Punt! And her class -- sans sickly Sammy -- will get both pancakes and a party! Score!
At 9:30 a.m., it's Luke's preschool class party. As he doesn't normally go on Wednesdays, it'll mean a special trip just for the party. I went to sign-up to bring something, but everything was taken except Jell-o jigglers. No offense to giggly jiggler fans everywhere, but we don't do gelatin. You do know from whence that comes, right? Neigh, perhaps you don't. Read this.
At 11 a.m., it's Sammy's party. Bag decorating, card distributing, Valentine-themed bingo playing, pizza, etc. All there. What a great room mom her class has! Aw, shucks. And even though she's sick, I'll be there. Because them da rules.
And right after Sam's party, it's on to Ryan's. Of course, no one has sent out any information about a party. No one has asked for any assistance. Not a word. Nada. But I asked his teacher, and she says a party is going to happen. I sure hope so, as I contributed $10 toward it at the beginning of the year.
With Sammy out for the count today, I'm betting she won't be well enough to do the Brownies outing after school, especially since she shouldn't be bringing her virus-ridden self to an assisted living center. Unless we dug Kevorkian. (And we don't.)
What's the saying? Idle hands are the devil's instruments. As I said, how did I ever find the time to actually work?
at February 14, 2007