I've Had A Few 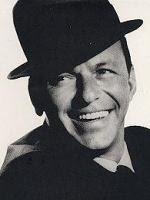 I'm just back from walking the dog. In windy, stormy, blustery, raining, weather. I have to admit, though, it's not that cold. And, right now, I see that the wind has blown the clouds away for a brief respite. I wish I'd waited 30 minutes to take the dog because I think I could have made it the whole way without getting soaked. Oh, another one of life's regrets!

That's an exaggeration. In fact, I have a policy of not having regrets. I don't dwell on the what-could-have-beens. I have a very good friend who spends much time wishing she could change things that happened in the past. But I buy into the domino theory when it comes to ruing past decisions or choices. Simply put, if one decision had been different, then my whole life would be different.

[Writing "down in the playroom" makes this house seem downright palatial. I imagine you'd get that same sense if I'd mentioned the bocce ball court in the back. Joking. No bocce ball court.]

Let's take another, smaller example. If the woman Pete and I had originally picked to take care of Ryan hadn't gone on holiday right before he was to start, we wouldn't have needed Maria to take care of Ryan. And if we hadn't have met Maria, my kids wouldn't have Lucas and Maria as godparents. Luke would likely be called something else, something that wasn't quite as apt as Lukifer. Olivia wouldn't work at The Chronicle. And our lives would be so much poorer.

Indeed , we all have these moments.
Decisions that might not even have felt like that or accidents (just read your "second Chance" entry) or mere incidents that change our lives forever. In fact this is behind the theory of paralell universes.