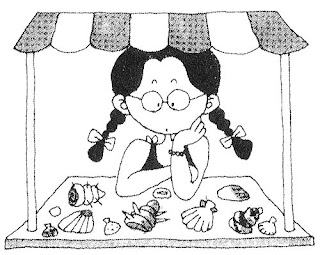 Unless we all come down with it, this will be my last pitiful post on poor Sammy's misery with your average, run-of-the-mill winter crud.
Written last night, the following:
It's near about 7 p.m. It's clear that Sammy is very sick. Her teacher and I exchanged emails late this afternoon -- on another subject -- but I mentioned that Sammy was not feeling well. Her teacher messaged back that she knew something was up when Sammy didn't give her a hug today.
Thermometer, feebly administered by Pete and feebly placed under the tongue by Sam, shows a temperature at near about 103. High enough for us to send Pete to the store -- after changing out of his pjs, thanks -- for fever-reducing strips. High enough for us to fall on our knees and thank God that the laziness of Americans everywhere have resulted in the development of the strips. [Laziness? How's that? Duh. We're too frickin' lazy to even swallow anymore, so now just put on tongue and, voila, it dissolves.] We recall that about a year ago, the last time the missy had a cold, we successfully cajoled her into putting the strip on her tongue and chugging some apple juice. And not a fleck of vomit came up. Success!
And, now, back to the present. It turns out our neighborhood run-down drug store didn't have any fever-reducing strips, so we had to go to old fall-back of vehemently demanding that she take a spoonful of this medicine RIGHT NOW or face dire consequences. So she took it. She didn't spit it back up. My little girl must be growing up.
No school today. She is a dish rag. Can't eat a thing. Has to be badgered into taking sips of orange juice. I'm holding out the carrot of being able to swing by her friend's birthday party after school. It's a lie. She won't be going anywhere in the near future. I'll be amazed if she makes it to school tomorrow. Missing a birthday party? Very sad. Missing Valentine's Day? Tragic. Pure tragedy. When you're a girl who is 8 years old and who wants to give her crush a card.
at February 13, 2007