Whatever You Say Grandma 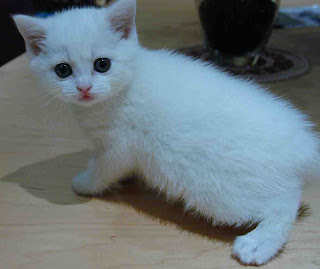 Stay with me while I give you the background. My father's mother was Grandma, beloved by all of us kids. She was the good grandmother. She was not to be confused with my mother's mother, who was the icky grandmother. By all accounts, she was also the icky mother. My mom adored Grandma, too. She met her when she was 16, and she married into the family at 19. While having any visitors is work, having Grandma as a visitor was less work because she helped clean, tend to the kids, cook, etc. In other words, she was a Grandma much like my own mother now is. Helpful, loving, involved, etc.
Many, many years ago, when my dad was stationed in Nebraska, Grandma came for a visit. Visits by Grandma were always long ones, typically at least a couple of weeks and often more than a month. We'd likely have been happy to have her longer, if she didn't always have to bring her husband, Grandpa, with her.
[In a cruel twist of fate, as we kids saw it, our beloved Grandma was not married to the good grandfather. My mom's father was wonderful to us kids. It turns out he was also an alcoholic, but we were blissfully unaware of that. My father's father was a demanding and angry man who we all thought was a loser. Oh, if only we could eliminate the bad parts and get the good parts together. Pardon the walk down memory lane.]
Back to Grandma's visit, when I was a newborn and the other kids were 2, 3 and 4 years old. We had a white kitten. We named it "Blackie." Grandma was having none of that. She thought we shouldn't call it "Blackie" because, well, it was a white cat. She thought we should call it "Whitey." [Okay, this obviously took place long ago as I don't think any animal nowadays gets stuck with "Whitey" as a moniker given the racial overtones.] And so it went that the cat was re-christened "Blackie."
Grandma is all set to leave. [Probably has bad Grandpa with her, thankfully.] "Now, children, what are you going to call the kitty?" she asked. "We're going to call it 'Whitey,'" was the dutiful answer. "Until you leave. Then, we're going to call it 'Blackie.'"
For Lent, the kids, the husband and I have given up buying toys and such. My mom's interpretation of "such" covers the range of 7-11 treats and the like. So whenever we talk about this, the kids and I exchange winks. Because they know that Grandma leaves tonight. And that we'll keep doing our 7-11 treats twice a week. But we'll go along with whatever Grandma says. While. She's. Here.
at February 22, 2007