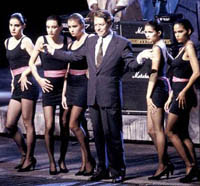 We've got our favorite kindergartener over for a play date with Luke today. Luke and I picked Haley up from school at the appointed hour. This is Haley's second official play date with us. Her first included outings to Round Table Pizza and Powell's Candy. Understandable, then, that her first question is, "What are we doing for junk food and candy today?"

With such a rep to maintain, I allow that first we're going to McDonald's, and then we're going to go home to hit up the stash. [I fully understand that many people's definition of "stash" relates to illicit drugs. Our stash does not, officer. Our stash is heavenly candy from England.]
We're at the play area at McDonald's, post-lunch and pre-stash raid, and Luke and Haley are playing around. Two other boys arrive separately, one with a mother and one with a sitter. The two attend the same preschool. The one with the shark shirt -- heretofore known as Sharkie -- says to the other -- heretofore known as The Other -- "Some one died in a place just like this here. There used to be balls in here. And he got stuck with a needle and died. That's why they don't have balls in here anymore."
I guffaw, rather loudly I'm afraid, and say, "Don't worry Luke and Haley, no one died in there." Sharkie's sitter says, "It didn't happen here, but it's true that a little kid died. It was at an outdoor ball pit where a bunch of junkies hung out. One of them left a syringe with heroin still in it. And the next day a little baby stepped on it and died. There was enough heroin in it to kill him."
OMG. I'm dying of laughter inside. But I poker-face say, "That can't be true. It sounds like an urban legend to me." And the keeper says, "No, really, I read it in the newspaper. It was in the newspaper and everything."
Right. This woman can't be more than, say, 20 or 21. She's reading a Ghostbumps-like book. Her demos and her whole demeanor tell me newspaper reading is not one of her activities. No offense intended, but, no, she didn't read it in a newspaper.
The Other's Mother wants to disbelieve that this horrific death is true. When Sharkie and his sitter go for a bathroom break, I encourage her to disbelieve it. I tell her I'm going straight home and checking out Snopes. I tell her to put her mind at ease by doing the same. And I laugh uproariously inside that anyone would fall for it. I grant you that ball pits are disgusting. But an outdoor one? With junkies hanging out in it? And with junkies leaving any dope in the syringe? Made my day.
Now, back to our regularly scheduled play date.
at March 09, 2007