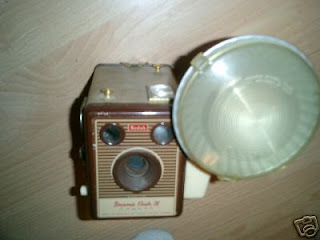 I am not the best record keeper of my kids’ milestones. I more often than not neglect to bring a camera with me when there is a big photo op. I almost never have the video camera with me for performances (dances, Christmas pageants, weddings, school “plays,” preschool songfests). No matter how precocious or shocking the utterings of my children, if I don’t write what they said down immediately, I’ll never remember it.

I don’t have much documentation of my own childhood. My parents had five children in just over six years. There are several photos of me, the fourth child, as a baby and toddler and there is the obligatory picture for each school year. My parents got a movie camera when I was about 7. All told, they probably took 30 reels, with most of it of various Christmases and our journey across country when I was nearly 9. That’s about it. Any memories I have of childhood can’t rely on photographic proof. Or written proof for that matter as it’s all gone; that is, if it ever existed in the first place.

I had a friend in college named Marsha. She came from a family of five: her parents, her older brother (by one year) and her younger brother (by about eight years). Before her youngest brother was born, the family went on vacation to Europe, spending two weeks traveling around, mostly in France. She didn’t have a lot of recall about the trip. She had been very young, after all, no more than 4 or 5 years old.

But the family movies clearly showed a great time being had by all. There are her parents in front of the Eiffel Tower. Here is footage of Marsha and her brother at a playground. Here are her parents at a magnificent museum. Here is Marsha swimming in a pool at the hotel.

For years, she was so proud to tell those in French class or at the start of a new school year or whom she’d just met that she had been to Europe. And, oh, what a marvelous time she and her family had had. She couldn’t wait to get there again.

When she was about 17, filling out applications for college, her parents told her the terrible secret. She and her brother hadn’t gone to Europe. Her parents went alone. She and her brother had stayed with their grandparents. Apparently feeling guilty about it, her folks had spliced together the footage they took on vacation with other footage taken in and about the neighborhood. After six months or so, they brought out the reel, played it for the kids, and gently “reminded” them of the fun they had all had.

I think of Marsha’s memories whenever I am recalling some incident from childhood. Was it real or imagined?

[I'm entering this in Scribbit's March Write-Away Contest. The theme is "Childhood Memories."]
at March 09, 2007

Oh. My. Goodness! Not quite being told you were adopted but still a kick in the gut. My husband and I ran off to Paris for a week when our twins were 2 and we NEVER claimed to take them with us.

An amazing tale. Thanks.

Fiddledeedee (It Coulda' Been Worse) said...

You did such a great job with this story. Something about it has stuck with me these last couple of days.

I've often thought of using pictures of my first daughter, for my second daughter's baby album, since we neglected to take pictures. Unfortunately, they look nothing alike!