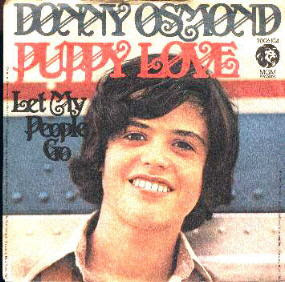 Sammy is 8 years old. Since the beginning of the school year, she has pined after Ted. Like Sam, Ted is in third grade. He might be a slightly older man of 9. Sammy will say things like, “Ted is so dreamy!” She will sigh a very contented yet angst filled sigh as she says this.

Does she want to kiss him? I honestly don’t know. When she gets in the car at pick-up and says, “I’m never washing my hand again because Ted touched me,” I think she’s just saying what she expects girls who like boys to say. She takes her cue from others regarding how to act, when to laugh, when to “love.”

I, too, was 8 years old when I had my first crush. His name was Kevin Lamb. He had dark hair. We were in the same third grade class. We kissed. One time. And never really spoke to each other again. Men! Harrumph!

In fourth grade, we moved to Hawaii, and I went to an elementary school off-base for the first year. Fuku Puckett was my next crush. We were two kindred souls as both of us were regularly ridiculed by our mean math teacher. An old woman whose name escapes me now. She repeatedly threatened to pin our bangs back if we didn’t keep them out of our eyes. And then, one day, she bobby-pinned them back. Kindred souls, different lives, different ethnicities, same haircuts. I don’t know if our lips were the same. They never touched.

Moving into another grade at another school, this one on base. All of us children of the Air Force. In fifth grade, it was Bobby Pate by default. The other girls in the crowd hooked up with the other boys, and I was paired with Bobby. Karen Mobley got the way-cool Tim Scott. Patti Plumlee got the explosive Steve Scott. Leigh something-or-other paired with the black kid whose name I can’t remember. When discovered, her parents beat her. Beat her. For going steady with a black boy. Bobby Pate was an okay kid. Kissed him while we all played truth or dare behind the Quonset hut. He wasn’t around much as he had recently had heart surgery.

Sixth grade was Mark Hiney. (I’m not sure about the spelling of the last name. But it was pronounced just like the synonym for bottom. Poor guy, going through life with that as a last name.) The good thing about attending base schools was the new crop of kids each year. Out with the Bobby, in with the very cute Mark. [And very cute even by my standards today, unlike Bobby.] We kissed. We went steady. And then he moved again.

So Sammy has her first crush. Here’s to hoping that, years from now, she can look back fondly at it and remember that “heavy sigh sensation” that it gave her.
at March 08, 2007