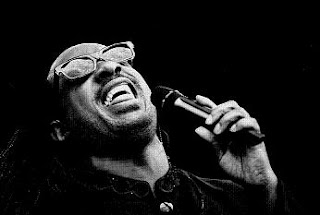 At one time, I was superstitious. For me, being superstitious fell to the wayside as I left childhood, much as believing in the physical being of the tooth fairy, Santa Claus and the Easter Bunny ceased. Superstitions lasted a bit longer, but were gone by the time I was an adult.

I’m aware that there are many people who view my belief in God as a superstition. I don’t mean that it’s only my beliefs that are seen that way. I mean that faith in God and religious beliefs held by anyone are seen by some as being on the same level as avoiding black cats, not walking under ladders, throwing salt over your shoulder, or wearing the same lucky athletic cup to each game. (And let’s hope we’re talking about the players wearing a cup, not the fans.)

I don’t see it that way. Those of you who do out there, feel free to heap ridicule upon me starting…now. I believe in God. I pray to God. I talk to God. I try to listen for God and to God. I go to church. I foster religious beliefs in my children.

There was a time, however, that my faith in God was very much superstitious in nature. I don’t know where I got some of the ideas I had about God and the power of prayer when I was a kid. Given what I recall about the time I spent in church as a kid – the excruciating boredom, the monotony, the tricks to keep yourself awake, including memorizing the priest’s prayers and having to find each letter of the alphabet (in correct order) as I paged through the prayer book) – I’m not surprised I got ideas wrong.

When I was 8, I was superstitious that my father would die if I didn’t say my prayers every single night. Every night. No exceptions. It wasn’t that my prayers included asking that he live. It’s just that I had to pray. And so I did. For many, many years.

Until I was 15 and very angry at my father because we had to move to Ohio, where he had been transferred by the Air Force. I had finally found a place in high school. I had finally come into my own. And I was going to have to leave all of it after my sophomore year. And I was bitter. Really bitter.

So I stopped praying. Because I didn’t care that the upshot would be that he would die. And one night, I came home late, and my mother said my father was very ill in the hospital in Ohio. (He had gone to Ohio several months before we were expected to join him so our school year was not disrupted.) He survived that illness.

He died almost 10 years after I had stopped praying out of superstition. Never have I believed that his death was due to my ceasing to pray religiously – pun intended – when I was 15.

I do try to pray most nights, and I have for many years. But I’m not superstitious about it.

Belief in GOD is not superstition.