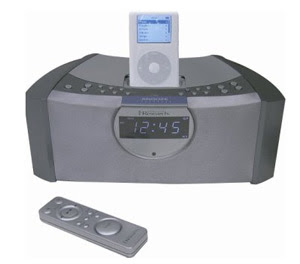 In The Chronicle yesterday, on the freakin' front page, there was this tidbit, which essentially said we have Congress to thank for giving Americans "a little more sunshine in their lives." Our weekly newsletter from school had the statement, "Yes, we lose one hour of sleep, but think of all of that sunshine!" The Moonie-owned Washington Times, running a UPI article, cites statistics from a 1970s study that showed crime in D.C. dropped "when the extra hour of daylight was added."
How many of us always ridicule what Congress is capable of doing? The general consensus is that those in Congress can do one thing right: get themselves reelected. But doing any good is a rare occurrence for them. And, yet, Congress has apparently gotten all us Americans an extra hour of daylight three weeks earlier than previously happened. Wow! What power. It's God-like, that power.
Oh, please. You had the same amount of sunlight yesterday. Honest. You did. (Okay, technically, you did have a few moments more today as we're moving away from the shortest day of the year toward the longest day of the year. Picky detail, that.) What Congress managed to do won't have a real impact when it comes to energy savings. Tomorrow, it's going to be darker in the morning when I wake up -- according to the clock -- so I'm going to need more lights and heat earlier than I did yesterday. I won't need as much light as early in the evening tomorrow -- again, according to the clock. But I'm calling that a push.
Cost savings? How about all the monies companies have been putting into patches for software and hardware and so on? Perhaps the intent of Congress was to stimulate the tech economy. Bravo to Congress! Bravo.
But you know my new smart clock I got for my birthday last year? Top of the line, it is. It's very smart. It sets itself. Nothing can make it wrong. Except an act of Congress, that is.
In order to set my really smart clock, I had to tell it we'd gone to another time zone. I told the clock we would go skiing in Colorado for a vacation. We'll be back to the Pacific zone in a few weeks.
at March 11, 2007

whaaah, you know my feelings on this...although I have to say that the fact that today turned out to be the warmest yet this year, and we all went for a walk/bike ride at 5 p.m. ... softened me up a bit!