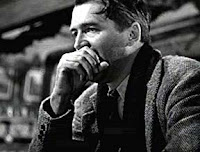 I thought I’d have to take a pass on the prompt this week. “Regular” readers – as opposed to, say, those with regularity issues – might recall the post I wrote for Scribbit’s Write-away contest last month. I didn’t want to just re-post that, but that was the only collection I could think of.

Then, of course, as I was going to sleep last night, it hit me. I don’t have a collector personality. In fact, I’d never make a Mr. Potter. Sadly, I’m more the George Bailey type. I loan people money, and I often never collect it.

Now, I’m not talking about a hundred dollars here or there. I’m talking about large sums of money. The first instance was when my father died and left me about $20,000. A hefty sum, indeed, but I didn’t want to touch it because it just didn’t feel right at the time. Enter stage left a friend who was getting married and in need of money. The bulk of it was to be paid back right after she got her hefty tax refund. The remainder would be paid back over the course of a year or so.

Never did get that hefty tax refund, so she had to just pay the monthly amount of a couple of hundred dollars. Missed payments, bounced checks, you name it. In the end, I went to a lawyer who sent her a letter. Miraculously, I got the money back. No more friend.

Five years ago, another friend borrowed a decent sum of money. She was in a huge bind. I told her she didn’t have to start paying it back for a year. Never a dime. Not one dime. Four years after borrowing it, her husband died. So there she is widowed, penniless, with kids still at home. Nope, never collecting that one.

A year ago, a great friend of ours borrowed money for school. We told her no need to start paying it back for a year, and then pay it back over a couple of years, in monthly installments. She’s almost family to us. She’s due to start paying it back in November. I have faith that she'll pay it back. Then again, I've had faith in the ones before, too.

Several months ago, a frantic call from Pete’s niece. She was in need of money to move to start a new job. Wired the money to her. As she’s in England, it’s hard to actually get the money back over here, so we told her to set up an account there and start paying it back into that account. Is there an account? I hope so.

My friends out there reading this now are all cluck, cluck, clucking at what an easy mark I am. Perhaps they’re even thinking of asking me for a quick loan. Don’t. Even. Think. About. It. We’re closed.

[Go read about real collectors and collections at Sunday Scribblings.]
at September 15, 2007

I was hoping not to have to discuss my "regularity issues" in public.

Are you a very kind hearted person. Which, in this society, can make us an easy mark. It is unfortunate, when friends or family members take advantage of that kindness without ever repaying it back. Have you thought about hiring a bounty hunter?

LORD POLONIUS:
Neither a borrower nor a lender be;
For loan oft loses both itself and friend,
And borrowing dulls the edge of husbandry.

For some reason that came to mind when I read your post. That Shakespeare, he was a smart guy!

You sure I can't borrow a few bucks? I promise to pay it back!

Although sad when things like that happen take pride in the fact you were able to help someone out.
Even if in the end they could not value your worth.
Thanks for your comment of my Rainbow site!

The Shakespeare quote from Linda has wisdom in it. Dealing with people and money can show things about them that you may not otherwise have know.

I like the way you took the prompt and turned it here. Nicely done!

Hmmmm...collect money. What a concept.:-)

I think another thing you collect is good karma, because you clearly are a generous person.

As tumblewords said, I liked the way you redirected this prompt too, and ended up with a really good story! Like you, I have learned the hard way about loaning money. I still do it on ocassion, but now I do with the expectation that it will not be returned. Then, if by chance it is, I am pleasantly surprised. Funny how family and friends you think are trustworthy will stiff you when it comes to money. It definitely is the root of all evil!

Wow -- I learned a lot from your story. There do seem to be those sorts out there who will take and take and never give back. I call them "energy vampires", and it requires some super-sonic garlic to keep them away!

Call me weird, but when I have the chance to help someone out with money, I assume, without cynicism, that I won't get it back. Often, however, I do, and it's good; but, if I don't get it back, I stop thinking of the money as a loan and regard it as a gift. I'd make a lousy banker.

That, my dear, was indeed, a very good post. I've never been in a position where I could lend money to anyone -one of those restrictions that come by way of always living on poverty row. The few times I've managed to have a couple extra bucks my kids always seemed to get wind of that fact and hit me up for a couple bucks here and there. Right now, two of them are into me for close to $2,000 total and knowing the two who have
"borrowed" that, it's highly unlikely I'll see a return on that investment in the near future. But maybe someday down the line, if they ever get financially stable, they can float old Mom a little bit of a repayment.

What a cute post! You are too sweet to your friends; that happens a lot. I loaned a friend a large sum of money and have never seen a dime. My hope is that someday someone will help my daughter when she needs it and that the pay it forward thing works - even if we don't get back the money, the universe works by making opportunities and other things come our way because of helping others. Or at least that's what I tell myself when I'm kicking myself, wishing I had that money I loaned! :)

Oh, come on. I could use a couple thousand?? LOL
I know the feeling of being taken advantage of. I know the feelings of lending and it never coming back. I know what its like losing a friend over it. (our friend was lost over a few hundred, but it was still difficult)As long as you aren't going without by lending out when you don't really have, then ok. I hope you get it all back! I wouldn't say you're an easy mark, if you're anything like me, you're just kind hearted and merciful. Nothing wrong with that!

That touched home. I am yet to collect. Taking a loan is so easy for some, paying it off, forget it!

Can I ever identify.
I have lost more than one friend through lending money.
Better to give a small amount as a gift.
This way they will not feel right asking for more.
You are a very kind person.
Thanks for sharing.

You know what happened to George Bailey in the end:)

I think that it it better to be too generous than its opposite. That generosity is repaid though oftentimes in ways that do not include money. Makes for a good story too!

You collect people in need who have been able to rely on you ... not such a bad thing, just draining ... steals away your willingness to be be stepped on again. So you are a collector of "protective garb" against the footprints of those you know against your soul.

Good thing you didn't marry my husband because you'd have his sister knocking on your door monthly with her hand out.

We get taken advantage of terribly too, but in different ways.

I wonder if those people who took advantage of you can sleep peacefully at night. Shameful.