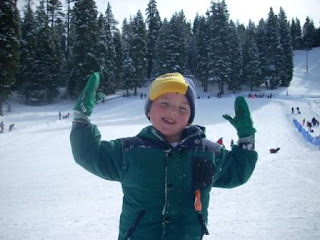 Today marks the 100th day of kindergarten for Youngest. Those of you reading along about his saga at the start of school know what an absolute mess it was. Puking, crying, screaming. And that was just me. No, that was him. I cried, but I wore my sunglasses so he couldn’t tell. Every day I brought him to kindergarten and every day he melted down. The puking stopped after the first week or so. The screaming also stopped after the first week. The crying mostly stopped after eight weeks or so. Eight weeks. Forty school days.

We have ritualized his entering “the yard.” For the first eight weeks, we read the book we made with the school psychologist’s assistance, sitting behind the kindergarten building until the bell rang. Then hand him off, sobbing and crying, to his teacher.

When he had stopped the crying, we started having him go into the yard, and then I would talk with him over the fence until the bell rang. He would run off to join his class in the line-up. [Am I the only one who sees so many similarities between prison and kindergarten?]

Since the rainy season hit, we have both been entering the yard, sitting on a bench and chatting until his bell rings. I continue to sit on the bench until he goose-steps into class.

Do you know that it’s “forbidden” for parents to be in the fenced-in area before class starts? I know it. He knows it. The teacher knows it. Everyone knows it. His teacher has hinted that maybe it’s time he does it all by himself. I smile politely. And I go back to the bench with him the next day.

Is it time he does it all by himself? He doesn’t think so, and I’m going to let him show me the way on this. If anyone ever works up the courage to actually tell me to stay out of the yard, I’ll smile politely. And I will go back to the bench with him the next day. Because that’s my boy we’re talking about. Not the teacher’s student. Not the principal’s student. Not the superintendent’s student. My boy.

And if I’m to do this for another 100 days, that’s okay with me. Because that’s my boy we’re talking about.

[For the record, the lad is doing outstanding work in kindergarten. His behavior is perfect. He reads the best in his class. His math skills are outstanding. He helps others with math, writing and the computer. In short, he does tremendously well in class. I reckon that’s why they ignore my daily transgression. Well, that, and they know I’d tell them to go to hell.]
at February 05, 2008