So, what did we do all week in Florida? Well, we went to the Kennedy Space Center with my older brother and his daughter. Ham that she is, Daughter was picked to go on stage for the incredibly silly Mad Mission to Mars. She loved it. All she wants to be is discovered. 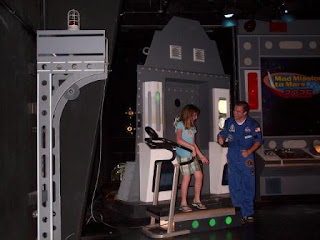 And we all played in the fountain, the biggest attraction to the under-12 crowd I was with. 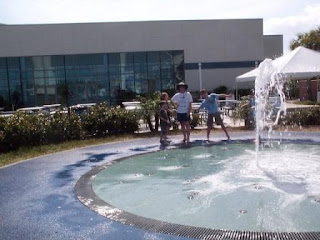 And we went to Sea World, with Youngest the most sullen shit-head you'd ever want the displeasure of being with when at one of the great attractions in Orlando. But we plowed on, anyway, finding both a squirrel and a duck to feed.

[No, that's no one we know in the picture. I didn't get one of us feeding the squirrel -- that's Mr. Squirrel as dubbed by the girls -- so I stole this from ecolaradeaf.net.]
Oh, and seeing the Shamu show, of course. 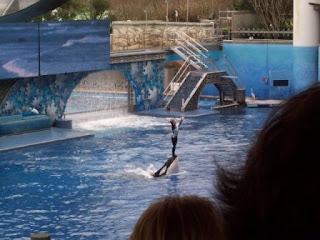 Back at my Mom's house, we got to a beach with the softest sand I've ever come across. 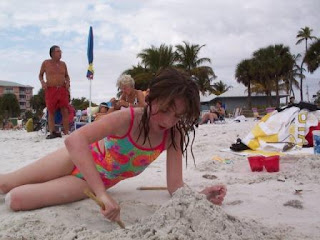 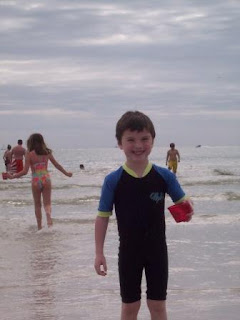 And we also went to the Shell Factory near her house, which has its own rescue animals and fake dinosaur exhibit. [Clearly, it'd be a lot more popular if there were real dinosaurs.] 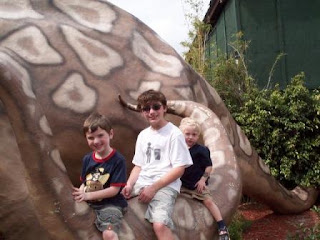 And we fished in the pond in the back of Mom's house, catching nothing. For the record, however, something took my bait -- hook, line and sinker. As there are alligators around there, we like to believe that's what happened. 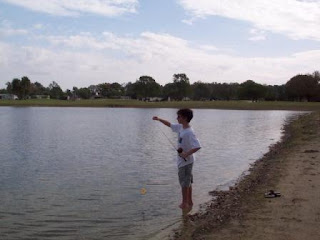