One of the main reasons we had in finally relenting to take the kids somewhere other than Pete's familial haunts in England and Wales was Eldest's long-held interest in World War II. He's read books, read about his great-uncles' roles in the war, he's watched old movies, and he's learned about the weaponry. [He's 11. Don't they all take an interest in war about that time?] So we paid a king's ransom in order to go spend five nights in France, taking time to explore the beaches and the American Cemetery before heading to Paris.

I feared how well Youngest would do on this leg of the trip. I wanted him to understand the gravity of it all and to be respectful and understand that there might be people around us who didn't want to be disturbed by a "pack of savages." I needn't have worried. We all managed to keep a modicum of dignity about us.
Looking at the beaches, deserted for the most part save for various machinery and outposts left to the elements, I could transport myself -- safely -- back in time. I could almost envision the horrors encountered there, along some of the most beautiful coastline I've ever seen. I'm getting goosebumps again just remembering.
In the end, I needn't have worried how any of us behaved. As the last photo shows, life goes on for the inhabitants and visitors. At first, I was rather outraged by its presence, but I near-immediately got it that, yeah, that's what the soldiers were fighting for: future children enjoying themselves. 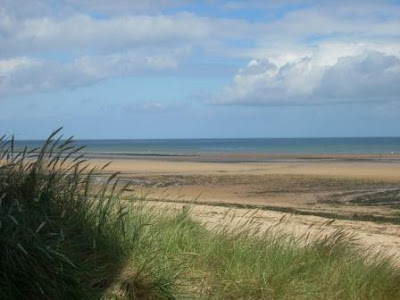 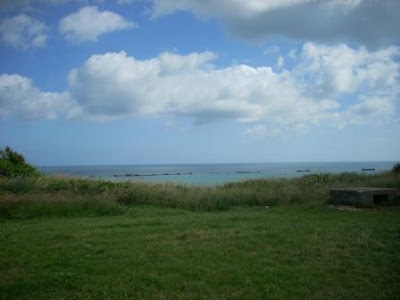 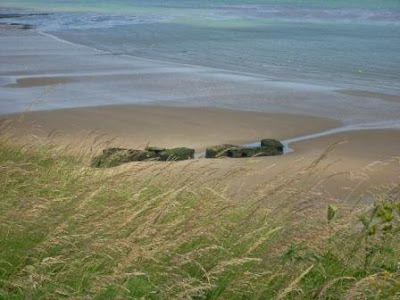 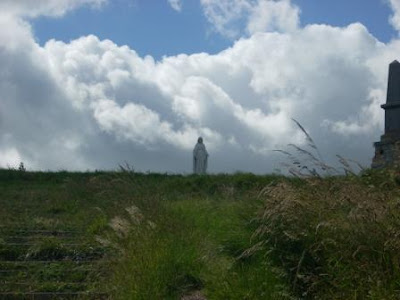 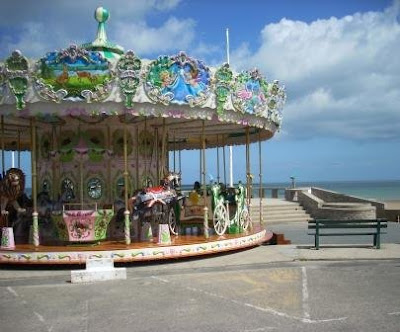