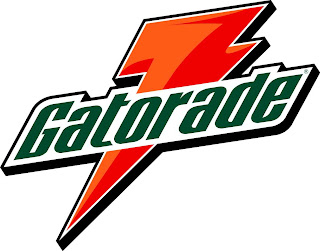 It was my turn for snack duty last night at Eldest's soccer game. Without further ado, the email from the self-proclaimed "snack coordinator" sent to the team parents today:
As snack coordinator I wanted to send out my apologies to the team since I feel I did not make it clear as to what should be offered to the boys during halftime. It became obvious at last night’s game that something happened to our boys after halftime. We had very energetic boys the 1st half and very sluggish boys the 2nd half. After talking to my son after the game I found out that Gatorade/sports drink was offered during halftime. For future games please make sure that the boys drink water only, an hour before and throughout the game. Hydration is crucial in sports, especially in soccer, and the boys should drink at least a glass of water within an hour of the start of a game or practice as well as during. Water should not be flavored, Propel, Gatorade or any other sports drink. We all witnessed the transformation when the boys drank something other than water. When it is your turn for snack responsibility for the game please only offer water and fruit during halftime.

And here is my response to her, copying the coach:
Jennifer, I'm going to guess that you would be surprised that I might find this insulting, even with your first sentence "caveat." I'm going to guess that because it would be even more insulting to me to think you sent this knowing I'd find it insulting.
Perhaps you missed the first half, when more than half the players were out of position at nearly all times, running back and forth down the field. Perhaps you missed the fact that the offending drink was four ounces of Gatorade. Perhaps you missed the fact that it was a night game and the second half didn't start until 7:15 p.m., nearly 11 hours after most of the boys had first entered school for the day. Perhaps you failed to notice it was a school day.
Perhaps it was the Gatorade that caused it. I'm going to choose to believe that perhaps that was not the case and that, perhaps, there were other mitigating factors.
The coach called me moments after he read my email, telling me that when he saw hers earlier in the day, he knew I'd take it exactly as I did. And he said he would have had the same reaction had he been in my shoes. He thanked me again for -- his words -- "being the best parent on the team." [Okay, he didn't say "best parent," he said "parent who has been the most helpful and supportive." I'll read that as "best parent." And, no, I won't read that to mean that he says that out of fear of me.]
My anger has dissipated somewhat since I read that email several hours ago. Once I sent my response, I felt much better. Now, that doesn't mean there aren't so many great things I want to still do. Like what, you wonder? How about sending an email to the whole team, reminding a number of them that they've not paid me for the banner yet, and signing it, "The Woman who Single-handedly Caused Tuesday Night's Loss"? Or how about telling Jennifer that her son sucks at soccer and blaming it on the Gatorade is just plain wrong? Or how about keying her car while she watches Saturday's game? [I often wonder why keying someone's car always seems to be one of my first reactions when I'm angry?]
I'll do none of this. As I assured the coach over the phone, I only copied him because I felt he should see it as the coach, and he need not worry about any further discussion (from me) about this.
Okay, even you lurkers out there, tell me: which is the soccer mom who lost it here? Jennifer or me?
at September 24, 2008

Okay, okay I've picked myself up off the floor after laughing all the way down over "snack coordinator". This person has WAYYYY too much time on her hands, don't you think? For the lovva Pete, these are kids, not Pele clones on the field!!

Getting that overinvolved (um, is that a word?) and all puffed up with self importance in something that should be fun for kids is just way wrong.

Of course she's the one that's out of line!! Time for Jennifer to get over herself!! Transformation! HAHA!!

Oh, and before I forget, what's in that nasty Gatorade that "slowed" the boys down? Don't football players bathe in that stuff? I'd be sure to bring it again to the next game. But that's just me, and I tend to be a tad vindictive.

Okay, I'm almost finished here. What made her think that you would read that email and then just roll over? She knew better, that's why she mailed it to all the parents, not just you. Chickenshit. Okay, I'm done.

You don't have to worry that my response is out of fear. Jennifer is totally in the wrong. What gall she has. And how condescending she is. If she wants to dictate the snacks, then she needs to be the one to provide them.

I highly doubt it was the Gatorade that slowed the boys down. I thought you responded great. Like you said, there were several factors, mainly the fact that it was an evening game.

Why do some parents always have to ruin it for other parents? Why can't we just enjoy watching our children play? Bites.

Your response was fantastic. I'm so, so glad you wrote it and then actually sent it. YEA!

And keying cars pops into my head, too. What's with that?

You handled it perfectly! Who knew Gatorade slowed kids down?? I thought they advertised it as a SPORTS DRINK for drinking when PLAYING SPORTS. Maybe it's really just for dumping over the coach's head at the end of the game. Or the snack coordinator's head.

Wow! That Jennifer should work for Arrowhead. How guilty she would make soccer moms around the nation feel that they were providing an inadequet drink for kids. It's also great to know she's a nutritionist, knowing the exact amount of water needed, this must also cover weather conditions such as heat. I'll have to tell my sister who teaches a team in southern Nevada that her girls only need one bottle, otherwise they might loose.

WOW. That was awesome! You have to send Jennifer's email to passiveagressivenotes.com! It was just perfectly awful. I hope someday I get an email so brilliant, so flawlessly passive-aggressive. I would print it out and carry it around to show to people over cocktails when conversations lagged. Bravo, Jennifer!

And nice use of restraint on your part, Patois.

All things considered, I think you were the picture of gracious restraint. Me, I'd corral all of the kids on the team into spending the second half of next week's game moving up and down the field in slow motion moaning "too. weak. must. have. Gatorade." But yeah, I can see how your rational note might have been a more appropriate and constructive response.

Okay, I am NOT a soccer Mom - YET but I was already shaking my head at the words 'SNACK COORDINATOR'.

Seriously? Gatorade... can we say electrolytes? I think you reacted with great restraint. What a b'otch! My hubs has coached and played soccer for more years than I care to remember. He would have loved a parent who brought Gatorade and not all those sugary sweet 'juice' boxes. Next she'll say the team was slowed down cuz they were wearing the wrong socks. Snack coordinator? Meh!

Sounds like every parent should be responsible for their own children's drinks and snacks before/after/during the game.

Someone needs to sit down with that woman and explain to her how Gatorade is made. It's FOR athletes. And if I were you, I'd totally go out and buy a Gatorade shirt and show up at the next game with the biggest Gatorade cooler ever and then pour it on her. (I mean, you know, if you want to go that far...)

Well, as a fellow snack-coordinator/dictator myself, I am appalled at her actions! Seriously, you make a sign up sheet, you make sure everyone knows when his snack day is, and you make sure to let all the parents know about allergies. And that's where the job ends. For her to dictate what to bring is ridiculous.

If I were the next person assigned to snack, I'd bring Gatorade. Just for a good laugh. And I'd bring a video camera to catch her reaction! Ha Ha!