Okay, that's probably a pretty lousy interpretation of the Indiana Jones theme song. But, hey, now that you know what it is, do you hear it?
Youngest is nuts about Indy. I was nuts about him, too, but that was when I was interested in having Harrison Ford as one of my two gimmes. [You know what a gimme is, right? I get to sleep with the gimme if afforded the opportunity. I had only two gimmes at the time: Bruce Springsteen and Harrison Ford. I've since dropped Harrison. Kind of like how he dropped Melissa. But I digress.]
Monday night, the other kids and I were handed scripts for Youngest's "Indeyana Jones and the templ of the World." Here were the distributed lines:
Mom: Indey, we must get the jules.
Eldest: We must stop Dr Jones from geting the jules.
Daughter: Yes. We must stop them.
Youngest didn't have his own script. He would make up his lines, he told me. I told him that meant he would "improvise," and he thus proceeded to use "improvise" a dozen more times that evening, particularly when he told me I was to follow his lead and improvise the scene.
Eldest refused to participate. Naturally. So his role fell to the one and only Thumper. God, I wish I had been in possession of a video camera. It was a hoot. The movie ends with me tackling Daughter (in her role as the evil Thumper's equally evil sidekick) and tickling her. Probably not what the creative minds of Spielberg and Lucas have in mind for the next installment. 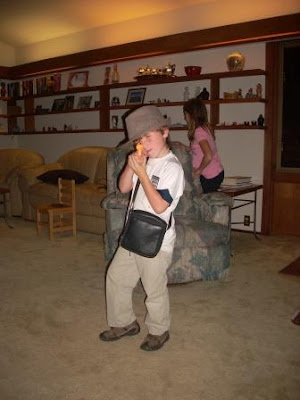 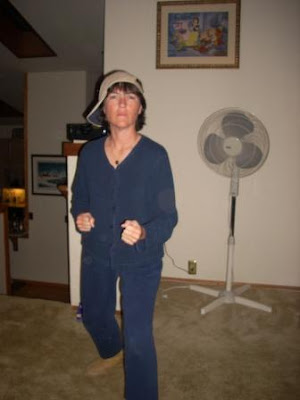 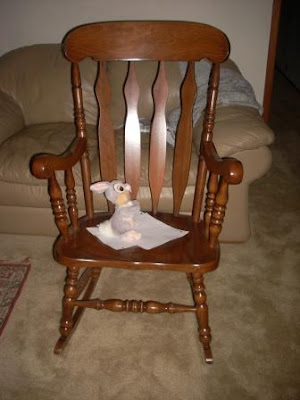 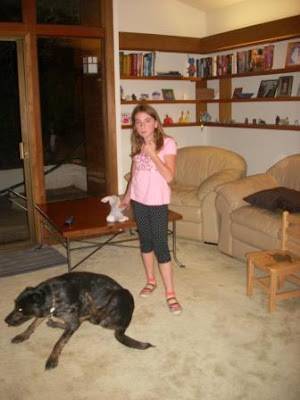 OMG I also wish you had a camera! That sounds like so much FUN! So creative, that youngest. I tried to video tape my kids yesterday, eating and chattering through breakfast...as soon as the camera went on, they clammed up and put their hoods over their faces. Sigh.

HAHAHAHAHA! That is so awesome! The whole thing. All of it. On so many levels.

Sounds like a winner to me... next time I'll bring popcorn.

that first picture is too cute!!

(And I knew the song before I even read past the title! Boo ya!)