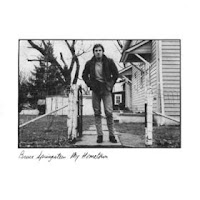 It happens to all of us from time to time. I believe that. Our minds drift back in time to when we were surrounded by others. Someone we knew from years gone by pops into our heads.
Being a military brat, I didn't have the *pleasure* of having a hometown. I can't go "home" and run into people with whom I went to elementary school or high school. I've not been back to the fine state of New Jersey, where I went to college, essentially since I left it.
The life I built as a young adult was consumed, digested and regurgitated away when I met and later married and (later still) divorced my first husband. He not only got the dream house we were building in Tahoe, he also got all of the friendships we had forged with folks in the decade we were together. Me? I got freedom, which meant I came out ahead.
In the past week:

Of course, there's also the contact that hasn't happened but purportedly has: my former boss at the newspaper has been telling people that she's talking with me about doing some work since, apparently, I'm the best person who has ever worked there. Ahem. She even left a message with her second-in-command that she would be late yesterday because she was meeting me. Of course, I've not had any contact with her since I left more than three years ago.

Now, excuse me, I need to go Google my ex-husband. A few years ago, someone said he'd become a survivalist in Idaho.

That is some crazy stuff. I am not on Facebook for those reasons.

I'm with Michele, there is a reason why I haven't been in contact with HS classmates in nearly 30 years.

I'll just live vicariously through you.

Facebook is a funny place! The World Wide Web is a crazy place! And well Google can be frightening.

My husband had a psychotic girlfriend contact him 3 years ago...the last time she had contacted him we were first dating 18 years ago...they dated like 25 years ago...she scares me! anyways she had googled him...and then had the 'balls' to contact him via email...thankfully he did not respond!

Facebook is definitely weird. I get friend requests from people who went to my high school - 20 years after I graduated (in 1980). I had the same situation when I divorced my first husband. He got all our friends and a good number of my relatives.

Having a HOMETOWN is over rated, but it was nice to see the springsteen photo. My facebook contacts from years gone by usually consist of a short "OMG how are you..what's new...blah blah..." then that's it. B

I am SO glad other people have these same 'out of the woodwork' experiences. I try not to mention FB too much because I'm afraid it's kinda like the Bloody Mary in the Mirror thing: if you say the name, it's gonna jump out and getcha.

So why don't I just delete my account, you say? What? And miss all the drama!?