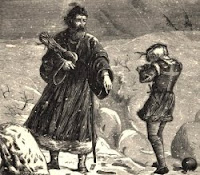 1. It was concert night at the middle school Wednesday. Eldest plays the trumpet. This is our second year sitting through the concert, which has its low points and its tolerable ones.

2. Where is my sense of tolerance? Oh, right, I've never been very tolerant. No need for me to look under the table then and see if the tolerance is doing the deed with a dust bunny.

3. Beginning Band played The Good King Rocks. What, exactly, is that song? It's Good King Wenceslas, as near as I can figure, but I think the ghost of lyricist John Mason Neale forced them to change the name of the song because it was butchered.

4. A little girl who couldn't be more than a bit past her second birthday said, "I don't like this. I like Twinkle, Twinkle Little Star."

5. She then proceeded to sing that song.

7. I wondered at the parents videotaping the horrific beginning band and the slightly less terrible concert band. Do you think they'll ever proudly view it again?

8. Or even laughingly view it again, maybe at Junior's wedding?

9. Or are they just holding out for a shot worthy of AFV?

How could there be no comments here, when you are a chuckle-factory, luv?

Having sat through two concerts this past week, I'm so WID you...although since my kids go to the local music-magnet school, concerts are less cringeworthy than most.

Bob Saget lives. Watch him in the documentary THE ARISTOCRATS for huge laughs at his dirty, dirty, dirtyness.

What makes me laugh every time too is that it doesn't matter what they're doing on that stage, every parent in the room is videotaping it like mad. I can't see them going back and watching all those videos, frankly they're hard enough to watch in person but I do it from parental love/duty.