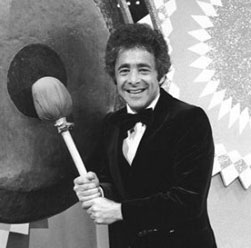 
Not easy. It's even more difficult when they're all hyped up with nerves because they're going to be performing in a talent show. In fact, it's far more difficult in that scenario, particularly when it's clear that no auditions were required. It's kinda cute when a kid in third grade tries to sing or dance with no discernible talent. It's much less cute when the "kid" is no longer a kid.


That's not to say there weren't some good acts mingled among the 37. Let me repeat that number. 37! And when the show starts 10 minutes late and the jazz combo comes out and plays for 22 minutes, you know it's going to be a very long night.


A talent show of middle schoolers with no auditions which has an opening act of 22 minutes -- 22! -- ends up nearly three hours long. Three excruciatingly long hours, culminating with me ultimately telling everyone to shut the f#$k up.


No, I wanted to say that, and worse, but I didn't because, you know, they're all just such precious tweens and young teens.


The highlights of the evening, besides watching Daughter dance a solo and sing a duet, included:


I'd post some videos of the really bad performers, but then I'd truly have to admit to being a bully. Trust me, some were really, really, really bad. I will say this about the overflow audience: at least they were kind. There wasn't a Chuck Barris in the crowd.
at April 29, 2011

The mere mention of 37 middle schoolers could make a eaker person start to itch. Add in singing and an openiner of 22 minutes? You're a saint for enduring it.