Mama's Got a Squeezebox

Pete and I took the boys bowling today and then did our usual In-N-Out run because you don't head all the way up to the bowling alley to bowl free! during the summer without plunking down some cold hard debit card cash for plain cheeseburgers and those delicious fries. And, yes, it's true that with comments off, I don't get to hear what fucking ingredients they use, thank you very much. 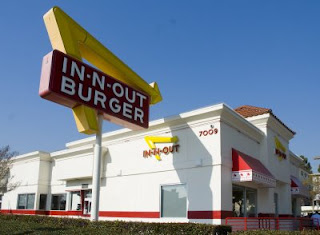 The three boys were outside, holding down the table, while I volunteered to patiently wait for 83 to be called loud and joyously by the perky In-N-Outsider behind the counter. I people watch and imagine lives of the others who walk among me and mine, completely oblivious to my life and the lives of those I know, some of whom I love and some of whom, yeah, I don't.

Old men are my current fixation. Not really, really old men, but old men nonetheless. Let's call them in their late 60's or early 70's. Freshly retired, maybe. Unless they're one of them guvment workers who've been suckling from the public teat for 20+ years, having retired with their fat pensions after a life of leisure spent pretending to be productive for the purported public good.

So those old men. Were they passionate lovers in their youth? Were they passionate young husbands, fathers of kids, middle-aged titans of industry? And, if they were, don't they miss it? Don't they remember and spend wistful moments, far too many in number, recalling those days? And are they trying to exorcise those thoughts from their minds to find a peaceful existence in their waning years? Or are they reliving the sexual encounters and energy and finding pleasure in the memories?

Tick-tock goes the clock. But at least we'll always have In-N-Out.