If I had to give up "my" car to some 17-year-old daughter of my mother's friend, I'd have been so supremely pissed. So I understand Lynn's sentiment when I took over possession of her 1971 Mustang.

I understand it now, decades later, but, then? Fuck you, man, it's my car fair and square.

A stick-shift in a world where teen girls -- and boys -- didn't know what the hell to make of them. A stick-shift forced to constantly mount that hump at the railroad crossing to get to Lake Braddock Secondary School or to pick up Viv or Amy or Nancy. A stick-shift in a world where a teen girl has no fuckin' idea how to jump start it until, late one night or early one morning, she happens upon Lynn, the former owner, who shows her how to pop that clutch to send you whirling into the night. A night of wonderment and space and FREEDOM.

That is the car that is Tank. Oh, Tank, up until far into adulthood when I happened upon Jeep, you were the love of my life.

Tank, who I managed to crash in a snow bank following one hell of a ferocious snowfall my senior year. Tank, whose keys I pitched into the snow when I crashed into that curb during that fuckin' snowfall without end in the Winter of '79. Tank, whose tape deck I relied on to learn the words to Dire Straits, the Eagles and Fleetwood Mac.

Ah, Tank, I should never have forked you back over to my mom, who gave you to Stephen -- who crashed into a pole whilst mightily drunk and escaped unscathed and likely uncaught had it not been for the license plate left behind.

Tank, I remember you. I remember you with all of the affection a senior in high school girl could give to a car. A car I drove, through the melancholy of teenage angst after that boy whom I would love forever went off to college and left me behind.

Me and Tank. I will finally admit to early onset dementia. But I will never throw you over again. 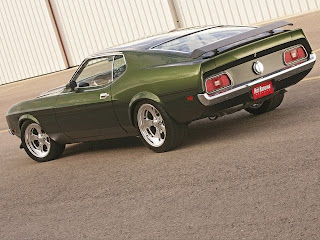 And I also hit a 'Sharp Curve Ahead' sign, and would have been arrested EXCEPT I was working for the Highway Dept. at that time and told the officer who came to.my door the next morning I would have it replaced pronto!

I didn't realize it was a "Sharp Curve Ahead" sign you hit! That makes the story even more amazing. Glad you survived, Steve.