A Day I Hold Dear

It's not yet the anniversary of my Dad's death, but it's damn close. For his last Fourth of July, we put the egg-crate mattress topper in the bed of their Nissan pick-up truck, helped him up into the bed, and we drove to a strip mall.

It wasn't the most spectacular of fireworks displays I've seen. Pretty lame, honestly. But I cried that night as I watched them. I cried because I knew the next Fourth of July would be one without my Dad. I was grateful for the dark. I could sneak peeks at him as he lay prone on that fucking egg-crate mattress topper, outfitted in an outrageous Aloha shirt, a flower-dotted green hat to cover the two brain invasions, and, certainly, black socks with a pair of tennis shoes. Outfitted to a tee in his Dadswear.

The hardest part about this whole atheism gig is the realization that, as I age, my memories dim and there will be no bright light tunnel I travel through to see him again when my time comes. I am quite rapidly closing in on the age he was at his death.

This is to you, Dad. I will do my damnedest to not lose those memories of you. And I'm eternally grateful to the cosmos that a part of you lives on in me and in my kids. And so on and so on. 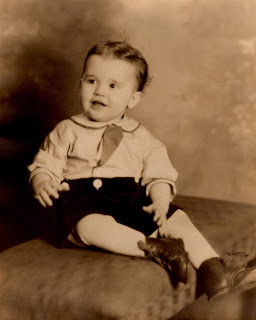